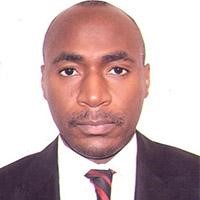 FIN Insurance Company Limited was incorporated on the 24th of April, 1981 and commenced insurance operations in 1983.

Our business extends beyond insurance of varied risks to indemnity and guarantees, and asset management amongst others.

FIN Insurance today has branches nationwide. As at December 31, 2019, the Company recorded a gross premium income of over a billion with the total Assets in excess of N9 billion and shareholders fund of N7,555,218 while our share capital is N5 billion ordinary shares of N1.00 each.

The company is currently capitalized beyond the compliance requirements of the Investment and Securities Act 1999 and the Insurance Act 2003. FIN Insurance enjoys good global re-insurance arrangements with both foreign and local reinsurers.

The company like all legacy companies that passionately desire to have continued relevance in the environment in which we operate, evolves and reinvents itself continuously. Today, FIN Insurance is a strong and visible brand in the insurance sector, an experienced, viable and competent insurance company.

The company has the goal of becoming a global player with global standards and ethics. The company has set direction with its Mission Statement, to provide first-rate risk management services to diverse client base.

The change management programme of the new Management team attracts, deploys and retains the best quality staff, establish the company as a leader in product innovation and in the provision of customer service, utilize cutting-edge business systems and processes.

There can be no doubt that the future of FIN Insurance is brilliant with latest Technological innovations.